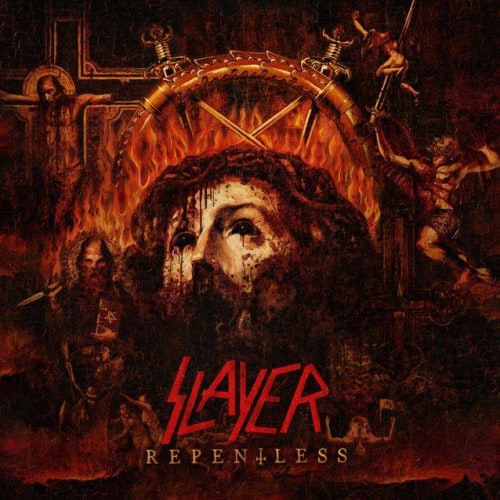 After only the 2nd intro track in Slayer’s discography, which is awesome and very Slayeriffic and perfect to set up what’s to come…

“Repentless” grabs you by the throat and relentlessly (hehe) starts stomping you into the ground in pure Slayer fashion. The most in your face and metal thrashing mad tune of the album, as well as the catchiest, is a very strong way to start the album.

I’ve fully listened to the album a good 6 times now and it legitmately gets better every single time. I don’t know why anybody who calls themself a Slayer fan would ever question why another album from them would be anything less than “Slayer”. I’ve been a fan for 14 years, half my life, and I understand how important and vital Jeff Hanneman is and was to the sound and style of Slayer, but if you’ve seen their live show with Gary Holt and Paul Bostaph in the fold… You can’t say that there was 0 life left in the band.

At this point in their career I think it’s safe to say that Slayer knows how to be themselves better than anybody else. I also consider Paul Bostaph to be just as much of a member of the band as Dave Lombardo ever was. As for the material that either drummer have provided their amazing and kick ass styles over, sure, Dave Lombardo is the classic sound and the classic influential guy, but Paul Bostaph has been very awesome in his own right on NOW 5 of Slayer’s studio albums. He can play Dave’s stuff fantastically, and he has a hell of a resume in his own right – Playing on incredible albums from Exodus (Shovel Headed Kill Machine) and Testament (Formation of Damnation) over the last decade – So saying that Slayer is anything less than themselves because Dave is gone is unfair to Paul.

Then there’s the man who had to fill in the giant shoes of Jeff Hanneman: Gary Holt. Like this man needs an introduction or even needs to be up for comparison. Over 30 years of being one of the absolute biggest and best riff machines and thrash metal shredders in history; He’s not exactly just some random guy. He’s Gary Fucking Holt, from Exodus, one of the very very few bands from the original wave of thrash that can be compared to Slayer as far as style and being consistent with their sound. The only complaint of course would be that Gary had no writing credits on “Repentless”, but was able to trade off his own leads with Kerry King. Hopefully there is atleast 1 more Slayer album and Gary can contribute to the writing because I believe it would be something extremely awesome and special.

The artwork for “Repentless” is god damn amazing and aside from 1985’s “Hell Awaits”… this may very well be my favorite album art they’ve had. It’s classic Slayer and emcompasses a few of their covers all into 1 beautiful hellish piece of art. I got the digipak (duh) and the art throughout the entire thing is fantastic. Seriously loving it. The DVD is great as well. Highly suggested.

“Repentless” as a whole Is a very thrashy album. I hope you weren’t surprised by that statement. You know what band we’re talking about, right? The title track, “Take Control”, “Vices”, “Implode” (which I swear is such an Exodus style riff), “Piano Wire”, “Atrocity Vendor”, and “You Against You”, are all what you can fully expect if you’re familiar with the 32 years of their discography. Fast, ripping you apart, severing your flesh, gouging your eyes, and tearing you limb from limb wink emoticon

“When the Stillness Comes” is Kerry King’s take on a Jeff Hanneman TYPE of song. The slow and spooky dark acoustic brooding kinda tune, akin to “Desire”, “Spill the Blood”, and “South of Heaven”. I’ve heard some complaints about this song and a couple others not feeling like they’re completed songs. In the context of the albums, the songs flow neatly. Could the songs go in a further direction or continue? Well sure, technically any song COULD. But what’s presented to you is the song. It’s finished and complete; So you either like it, or you don’t like it.

“Piano Wire” was a song that was actually written by Hanneman for the last album, and honestly… it’s probably my least favorite on the album. I was hoping for something more from it but all in all it’s still a pretty solid track. So really, I’m not displeased. I was just hoping it was gonna be a standout but it is what it is.

Some people want bands to change. Some people want bands to stay the same. You’ll never please EVERYbody. Clearly. But Slayer is always consistent and my least favorite album from them is 1994’s “Divine Intervention” and I still listen to it fairly regularly, so what does that say? If their worst album still gets listened to pretty often, then maybe Slayer is doing something right. They do, and they do it very well.

While I wish it didn’t take 6 years to finally release “Repentless”, at the same time, it really only felt like a couple years, and I’m perfectly pleased with what I got. It’s metal as absolute fuck, and done in the only way that they know how to do. There happened to be a couple bumps in this 6 year road, but they’ve stood strong and still prove to be a force to be reckoned with. What’s that, Metallica? 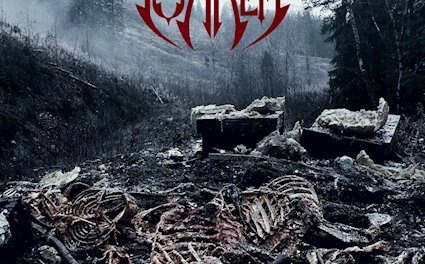 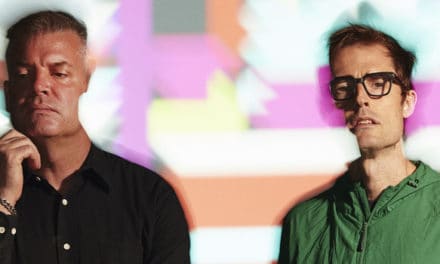 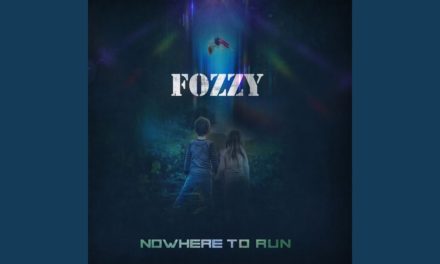