Left To The Wolves – “In The Absence of Humanity” 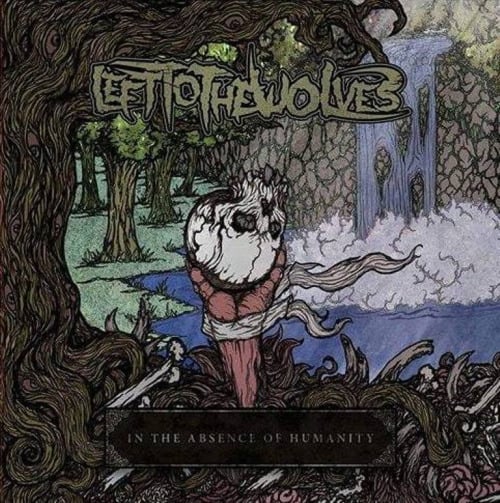 More often than not waiting on a band to release a new album is a lot like waiting for Christmas morning as a kid. The excitement and anticipation builds until the day finally arrives and excitement boils over. Well; Christmas finally came and I couldn’t be more happy. Hello ladies, gents and anything in-between. I’m Steven Jeffries of AudioVein Magazine and here’s my review of Left To The Wolves new album; “In The Absence of Humanity.“

The bands follow up to 2013’s “A War Upon The Modern Age” EP; the Lexington KY Death metal sextet have in every single way, outdone themselves. The albums opening track “Broken Bones Upon The Alter” is evidence of that. After moments of brooding feedback you’re welcomed by Daniel Browns’ guttural roar accompanied by an ever so vicious breakdown. Shortly after Andy Yates takes the vocal reins and delivers a wonderful medley of high and mid range screams similar to that of Scott Lewis. The song continues seamlessly bouncing back and forth between technical riffs and crushing breakdowns.

Followed by “Slave: Mother Earth” the band refuses to let off the gas. This is the first song of the album where we’re so successfully seduced by guitarist Brandon Thompson’s beautifully composed guitar solos. This is also a look at the outstanding range vocalists Daniel Brown and Andy Yates have trading off highs and lows like it’s nothing. While the songs ending gets a bit slowed down the double bass kicks accompanying the bass driven breakdown maintain the same demonic energy the album started with. Heading into track three “Bellowing Mountains of Fog and Smoke” Still no slowing down; the song kicks you in the plums from the get go. This song however: is a bit different than the first two. The first song on the album were treated to a clean section midway through which gives it an almost black metal ambience.

Enter track 4 “Paths of Broken Glass,” we’re greeted with the same clean atmosphere the prior track introduced and that continues throughout the song in the form an almost haunting guitar melody. The band maintains the heaviness as the song ends on a hair raising breakdown. Take a journey to track 5 “SkinWalker” shall we? The song grabs your attention almost instantly due to it starting off at a slower pace and with only bass and drums. Which for some reason are two things rarely talked about. bassist Anthony Palmiero and Studio drummer Christopher French really make this song pop as well as Chris O’Bryan and Brandon Thompson seducing us yet again with killer riffs and a well placed outro solo.

Track Six: an interlude. A very clean and bluesy instrumental it’s a perfect way to segway into track seven: Misanthropy Defined. A killer song and the albums lead single this is where to steam of the album is a bit slowed down for me in particular primarily because I think I listen to this song at least 100 times prior to the albums release. However on a not biased side of things the song can only be described as brutal taking it’s place as the heaviest on the album. No ambience; no atmosphere just a pure in your face 3 ½ minute long rollercoaster ride.

Track eight “For Those Who Carry Sorrow” begins with the same kick to the plums we should be used to by. (Your plum on the other hand are not used to it.) Greeted with dual vocals screaming “rise above” accompanied by the ever so ridiculous instrumental section it makes your hair stand on end ever so slightly leading into how much a unique song this actually is. I’ve referred to the ambience this album holds and this song is an excellent example. Slowing down to a beautiful clean section followed by well executed sweep picking and for the third time the seduction takes place again with a lighter waving worthy guitar solo. However; the heaviness is in no way overshadowed by the atmosphere as the song end on a blood boiling “FOR THOSE WHO CARRY SORROW” and an ever so in your face breakdown. The final track “Sons of Perdition” can only be compared to watching the final action sequence in a movie you don’t want to ride to end but sadly it must; so why not end it right? The song begins with an amazing placed clean section and kicks into the most black metal song of the album. The riff; the vocals all reminiscent of band such as Carach Angren and Behemoth. The shift is fast as the death metal intensity of the album returns with good ol’ Dan Brown and well placed breakdown before returning to the fast paced guitars and dual vocal layering. The closing to the album is a cock tease that just leaves the listener wanting more.

In closing; Left to The Wolves have created a standout album. Well written and excellently produced it’s hard to come by something that grabs your attention by the throat and doesn’t let go. I can see this band going far with their extremely unique blend of Death metal, Black Metal and Deathcore-esque breakdowns. Links to the bands’ social media accounts can be found below as well as links to merch. 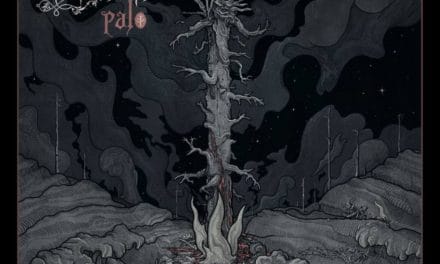