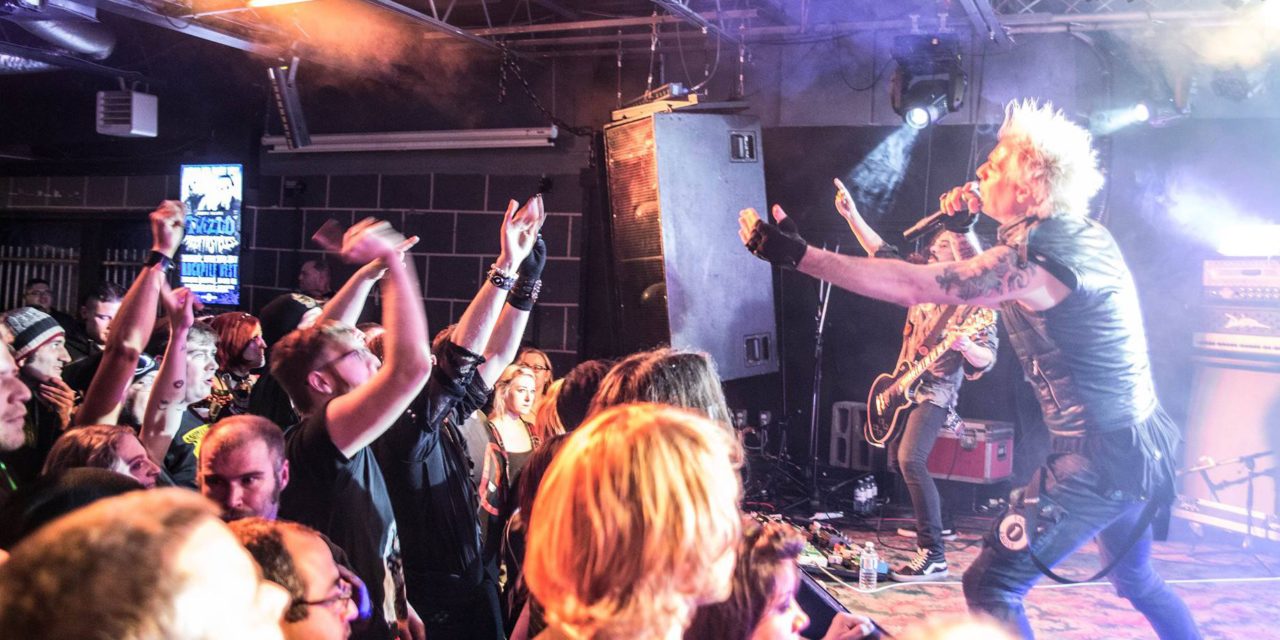 So I made my way up to Toronto, Canada for the first time under short notice, and got there early.

PM5K had a meet and greet with a handful of paying customers, and then Spider and myself went down to do our very in depth interview (which you can listen to right here). We missed most of the first band due to this. Their name was Calling All Gods, and I remember the vocalist whipping his dreadlocks around like a bad ass.

The 2nd band was a Psychobilly/Punk band by the name of Lauren Spike. Lauren plays a huge upright bass and plays it like a champion. I didn’t catch their entire set either as I went to grab my camera from the car and had a snack of Red Twizzlers and Fried Pork Skins… Don’t judge me. There wasn’t any skanking or pits that I noticed, nor did I really see any punkers in the crowd, but the people that were near the stage were definitely enjoying the sounds of Lauren’s scratchy no fucks given vocals. I saw her smiling here and there up there so… she wasn’t too serious about the whole thing. Death Valley High came on next and I’d heard of them, but had never listened. Thankfully I can say I’m a fan now. During their set I went and grabbed a T-shirt and CD. They fit perfectly on this tour and I’m disappointed I didn’t know them before. What better way to hear them than live though, right? Fun is what I’d use to describe them. An alternative hard rock band with a gothy shine over it. These guys should tour with 9Electric! Knee High Fox, as it turns out, is a Canadian band. Chrissy is always a fireball and whether you know them or don’t know them, you won’t forget what you’ve seen. After seeing them a couple times before, I knew what to expect. I didn’t expect the energy to be even higher and for the crowd to get into it as much as they did… I can thank Las Vegas crowds for that, they’re notable for not reacting at all… So this was by far the best time I’ve seen them. There wasn’t a Dead As Punk performance, atleast not on this tour. delivered most of their biggest hits. A high energy dark rocking disco party in Canada. We were told a story on how they weren’t able to play this very same venue last year due to some issues at the border, but they made it this time to the disappointment of nobody. If you haven’t seen Orgy live before, they of course end their sets with the classic New Order hit “Blue Monday”, but what ends up happening is the band plays while Jay goes into the crowd and lets people sing the song for him. I’ve always looked at it as he’s probably sick of the song itself, but also he gets to be one with his fans and it allows them to get their moment with him. It’s a good time. Powerman 5000, if you know me, you know that I’ve seen them more than any other band. For people who think they disappeared or haven’t existed, you couldn’t be more wrong. They tour and work their asses off annually. Yes, they play “When Worlds Collide”. That’s their forever closer. Yes, they play “Bombshell”. No, they rarely, if ever, play anything from before 1999. Yes, they’re one of the most entertaining bands you could ever see. You’ll get your fix from hits like “Super Villain”, “Nobody’s Real”, “V is for Vampire”, “How to be a Human”, and “Supernova Goes Pop”. You’ll get a cover or bits of covers like the Ramones “I Wanna be Sedated”, Radiohead’s “Creep”, and David Bowie’s “Space Oddity” sprinkled throughout. You get arguably their heaviest song to date “Invade Destroy Repeat” which is probably their best live song ever. “Horror Show” is usually what ends up taking the party to another dimension before smashing everyone back to reality that: Indeed, what you are experiencing is about as awesome as our minds can comprehend. “Hey That’s Right” has been a live staple for over a decade for them. They busted out a new song, “Cult Leader”, for this tour from their upcoming album that’s almost done. It reminded me of a punk song, but not quite like their 2006 album “Destroy What You Enjoy”. You’ll hear, or see, what I mean soon enough. Although I’d love for a complete overhaul of their setlist, not once can I say I’ve ever been disappointed in their performance. I mean, I wouldn’t have seen them 14… 15 times, right? and if anything, it’s better now than it would’ve been then because they have more material to offer, the experience, and you get to be up in their face. If this is coming near you, take your ass there and let loose a little. After it’s over you can ask yourself… How does it feel? 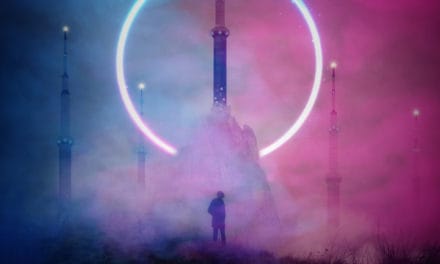 VERSUS ME Releases New LP, “Continuous” 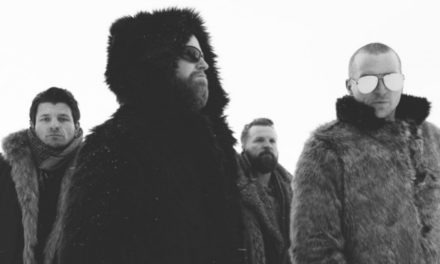 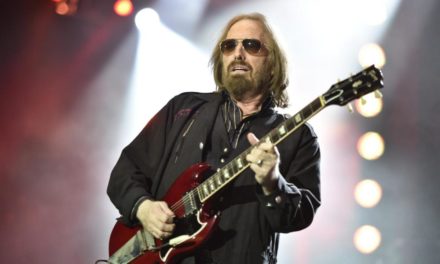 Tom Petty passes away at 66 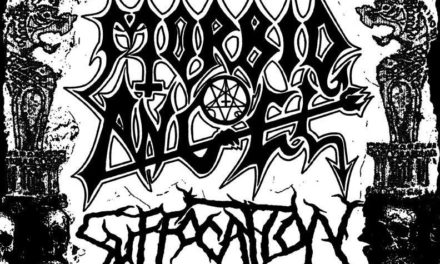