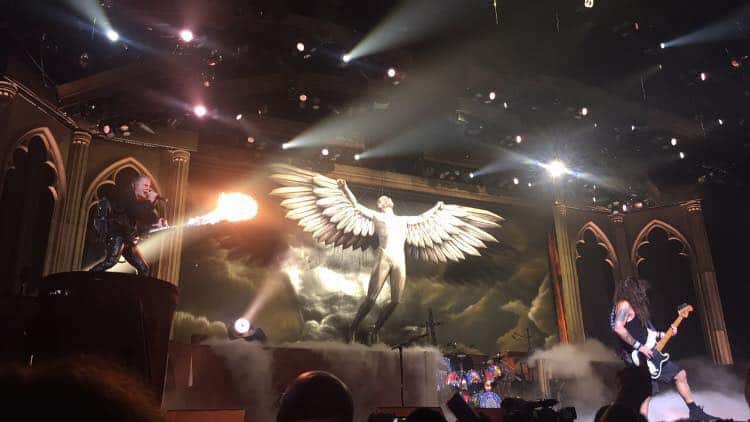 This is the night I’ve been waiting over 12 years for, finally I get to see the legendary Iron Maiden. We hauled ass to this show right after a Zakk Sabbath show about 8 minutes from the venue. Ran straight to the floor and waited for the show to began. The show started off with the opening act The Raven Age. The Raven Age is a melodic metalcore band founded by guitarists Dan Wright and George Harris (bassist of Iron Maiden, Steve Harris’ son). It’s pretty awesome that Iron Maiden had them open for them since Steve’s son is in that band. This band kicked some serious ass! They gained themselves a new fan, going into this show I only knew a couple songs. After the show, I ended up jamming to them pretty hard. Amazing show and a damn good opener for the legendary Iron Maiden.

After their set, tensions were so damn high. This is the moment I’ve been waiting for, over 12 long years, this is the time to finally see Iron Maiden! This particular tour was “The Legacy Of The Beast Tour” celebrating the legacy of Iron Maiden. They lived up to that moniker, performing songs from various eras of the band including the Paul Di’Anno era and yes even the Blaze Bayley era! The light went down and we heard that classic “We Shall Fight On The Beaches” Winston Churchill speech found at the beginning of the band’s 1984 classic, “Aces High.” The crowd went ape shit crazy in excitement for the show to officially begin. Right after that legendary speech that all so familiar guitar intro from “Aces High” hit and the band stormed the stage like warriors going into battle. The performance was complete with a plane flying above the stage. Every single song had a really cool theme to it. But, where is Bruce? Right when it was time for the vocals to hit, here comes the madman, running all over the stage like a crazed maniac. I must say, they sound amazing live! I was very impressed by the energy the band has and they didn’t show any sign of being worn out in the 2 hour set. Performing fan favorite classics such as “Piece of Mind,” “2 Minutes To Midnight,” “The Trooper,” “Fear Of The Dark,” and “Number Of The Beast.” They also performed some tunes that aren’t necessarily their best known songs, which is amazing for the real fans of the band. They promised a celebration of the band and we damn well got it. The whole show was very high production and very incredible, one of the best shows I’ve been to! After they performed “Iron Maiden,” they thanked the crowd for coming out but we all know that wasn’t it! They aren’t fulling us with the age old, “We love you all, goodnight” trick. We aren’t leaving until you get your asses back out here and at least do “Run To The Hills.” The band did indeed come out, they began the encore with a highly energetic performance of “The Evil That They Do.” After that song, they performed “Hollowed Be Thy Name,” complete with a prison theme and a noose. The performance gave me goosebump, not going to bullshit you. And of course, the one major hit that was missing had to of been next right? You are correct! They closed the show with “Run To The Hills.”

Not sure why I waited so damn long, but the band was well worth the wait. I will definitely be seeing them again on the next tour! If you get a chance to see these legends don’t miss that opportunity, not only do they sound amazing but the performance is well worth the money. 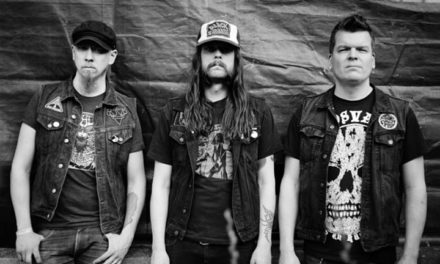 The Haunted Announces The Release ‘Strength In Numbers’

Testament on tour with Sepultura, and Prong in 2017 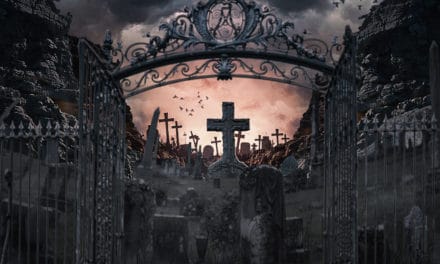