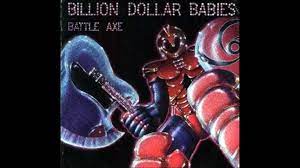 For this album review, we are going to travel through time. Back to 1977, to be exact.

In order to go back, we have to go through a little bit of a history lesson regarding how the band Billion Dollar Babies came to be. Formed by Michael Bruce, Dennis Dunaway, and Neil Smith, formerly of the original Alice Cooper.

Forming after leaving Alice Cooper in 1977 and going on their own. Now, you might ask. Whatever came of Billion Dollar Babies? Unfortunately, the band was short-lived. Releasing the album and touring, then disbanding not long after. How does this album stack up to the classic albums they wrote together while in Alice Cooper? Is the album just an Alice Cooper album without Alice? Is it a good stand-alone album? Well, I’m going to go through each track and give you my personal opinion.

Luckily, I was able to find the album on Spotify. So, if you want to give it a listen for yourself. You can find it there, just make sure when you search “Billion Dollar Babies” you click on the artist and then the album. If not, you’ll end up with the 1973 classic Alice Cooper album of the same name.

Starting off strong with the first track, a very classic rock-sounding track. Doesn’t sound like the familiar Alice Cooper sound vocally, which makes this band a great stand-alone band. Instrumentally, you can tell it’s the same line-up from those classic Alice Cooper albums. But, other than that. So far, the album seems like it’s going to be a great stand-alone album.

Really enjoyed this track. Simple guitar riffs and vocals, but catchy as hell.

Love the intro riff to this track. To me, this song sounds like something they would have written while in Alice Cooper. Very catchy track, caught myself singing along. One thing that can be said about the band, you can hear how much influence they had on the early years of Alice Cooper. With the catchy riffs and lyrics. Love it so far.

Wasn’t I The One

Love Is Rather Blind

Hard guitar riff right off the rip. Like it! Back to the regularly scheduled programming. Another catchy song, complete with ear-catching guitar riffs and an eargasm-inducing guitar solo towards the end of the song.

Can imagine myself turning on the radio and hearing this song. Shame it never made radio play, hell it’s a shame none of the songs did. This song really displays their musicianship very well and how well the band can sing together. Very good vocal pitches too.

Punching you in the face with an upbeat intro right off the top. Very sexy song, that you can dance to or headbang to. We are 7 songs in, and so far haven’t heard a song that I disliked. Now, come on… And dance with me.

Another change of pace song. Starting with that piano opening, going into the sexy bass riff that perfectly compliments the piano. Then we are greeted by welcoming vocals. Blending into a perfect guitar riff. I’m a sucker for a good love ballet and piano track. This one really hit the spot, guitar solo and all. Good job, Billion Dollar Babies!

Another fast-paced, guitar-driven track. Really dig the guitar riffage in this one. Makes me want to hit the dance floor and boogie. It’s a little odd that they threw in a random instrumental track, but it totally works!
Rating: 9/10

We are at the title track. Starting with a piano part that just sounds like it could be in a horror movie. Very different from the other songs. Vocally and instrumentally. Guitar riffs are perfectly placed. With this track, close your eyes and enjoy the journey. Can imagine this song playing in a horror movie as the character is walking through the woods, getting lost, and can’t find their way out. Just me? I’ve got a weird mind. But, this track is a great mood changer for the album. Not sticking to one necessary theme or sound works well and blends well so far.
Rating: 8/10

Very weird and very short track. Almost sounds like it belongs in an old Nintendo 64 video game. Seems like just a filler song, or just an intro to the next track. It’s very creative, but the album could of went without this track or could have just combined it with the next track.

Intro blended well with the last track. Guitar riffs really take you on a journey, which I love when songs do that. Went from an intense guitar track, into a fast-paced piano track. This song is chaotic in a good way, in my opinion. Sounds like the love child of Alice Cooper and Frank Zappa. Vocals kick in a little over the minute and a half mark. Though it does have a long intro, it works and when the vocals come in you’ll find yourself singing along. At least, I did.

Though this album didn’t see commercial success, it’s a solid album. Honestly, I believe if they would have had a different band name unrelated to Alice Cooper it would of been more successful. Because the album is a great album and the band had a lot of potential. While there could of been other issues that prevented the success, that’s just what I think caused it. Overall, I’d recommend people give this album a chance. 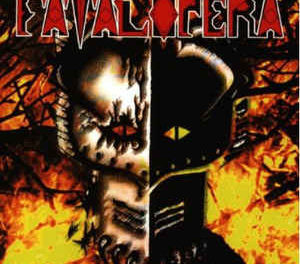 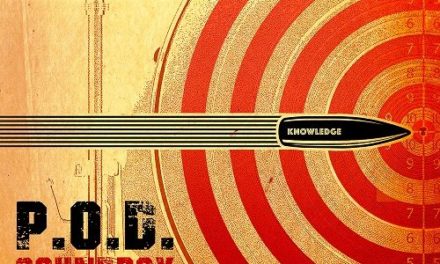 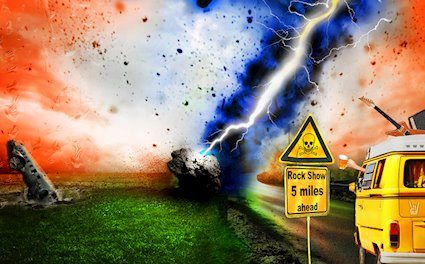 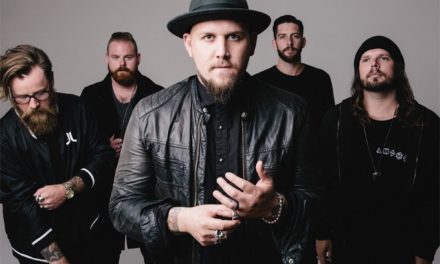 Hell or Highwater released a video for their cover of Outkast’s “Ms. Jackson”