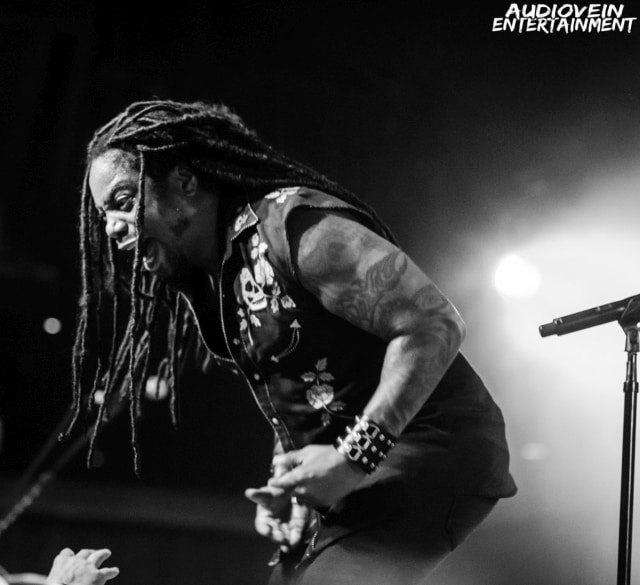 In 1997, a little band from Atlanta, Georgia released a self-titled album which in its first week only sold 311 copies. But through hard work, determination, and the power of their songs have they been able to develop that humble start into a twenty year career – Releasing eleven studio albums and playing thousands of shows before millions of fans. That group is Sevendust. On this short excursion of a tour, celebrating the 20th anniversary of their self-titled album, the band is still playing to packed capacity venues. All while rocking their fans faces off with their own style of southern-rock, if you will. Lead singer Lajon Witherspoon mentioned the word “family” a number of times during their recent show at the Starland Ballroom in Sayreville, NJ. At one point he said “This isn’t a show… it’s a family reunion!” Believe it or not, this seemed to be true. Fans of ALL ages were there; from young pre-teens all the way to “mature”. And they soaked up the hot, intense action like a sponge in the desert.

As the band took the stage, and the intro for “Black” came through the speakers, the crowd had the anticipated feel of a NASCAR driver about to get the green light and floor the accelerator to start a race. Once Morgan Rose tapped his cymbals and both John Connolly and Clint Lowery began their twin chugging guitar onslaught, the fans’ energy just exploded. Dozens of people crowdsurfed while much of the venue was jumping, and I believe there was a small moshpit going as well. Once Lajon started singing, it seemed to be the ENTIRE crowd chanting and singing along with every word of the song. Bassist Vince Hornsby was laying down a massive groove while singing, slapping high fives, and all the while looking like he was really having a hell of a good time. For a “family reunion”, it surely was off to an energetic start… and it just kept going with the same energy level for the next hour and a half. The band’s vocals at times were almost dwarfed by the combined voice of the capacity crowd. This was especially evident when they next kicked into “Bitch”, and for a number of other songs as well. As the band progressed through their setlist – which mirrored their debut album – Lajon addressed the crowd a few times as “family”. Showing their own signature Southern hospitality for the fans giving them this career, which has spanned the past twenty years. All of which wouldn’t be possible without the fans buying tickets to the shows, their albums, and supporting Sevendust in general. Every single word of it was truly genuine. The band also played four songs from their discography not on their debut album: “Face to Face” from Seasons, “Shine” off of the album Animosity, and “Decay” from their 2013 album Black Out The Sun. Lajon introduced “Decay” saying “This is a scary song to me”. The band appropriately ended the show with “Thank You” off the album Kill the Flaw. 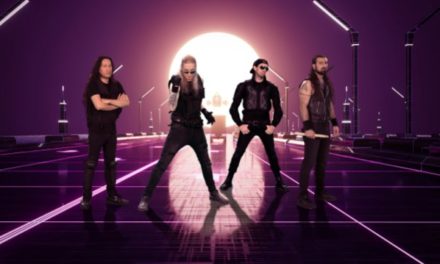 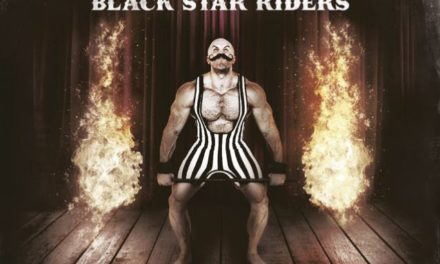 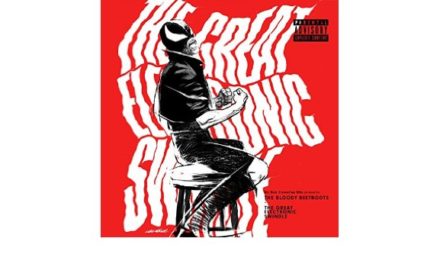 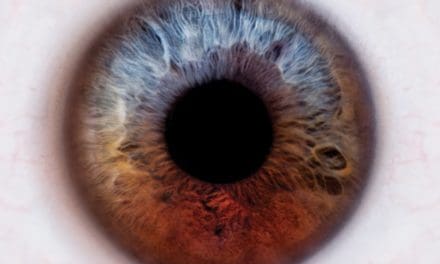 Purest of Pain released a lyric video for “The Solipsist”