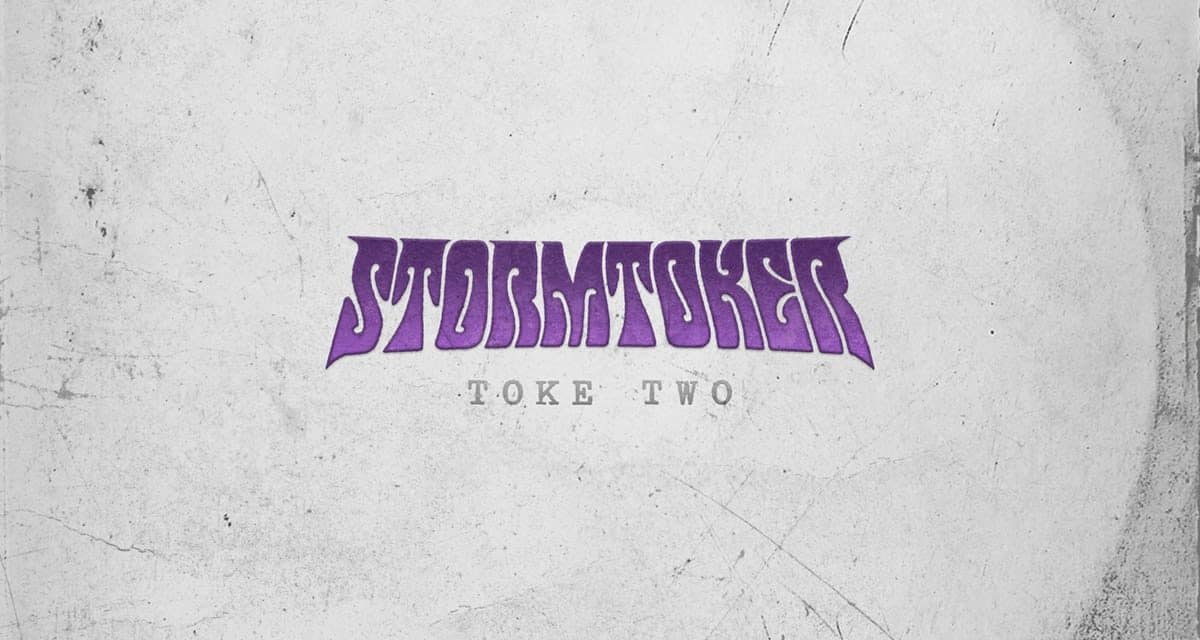 Y’all ready to get weird? Hope you brought snacks and Visine for this one. I’m Steven Jeffries from Audiovein and this my joint review of StormTokers’ “Toke One” and Toke Two” EPs. Get it? Joint review, do you get it? Because of toker and Marijuana. Get it?

So Stormtoker came on the KY metal scene last year and they’ve accomplished a lot in a short amount of time. Amassing a solid fanbase, playing several shows both in and out of state, releasing Toke One late last year, and are in the process of releasing the follow-up EP “Toke Two” in September. And, I’m not gonna lie here I had an entirely separate review written before this one but I deleted it because it was awful. It’s just a bit difficult to describe what this band does from song to song. I opened this review up with “Y’all ready to get weird” for a reason. Because by the end of listening to both of these eps that’s all I could think. So please forgive me if I just fly through these songs, you just have to listen for yourself.

Toke one starts with the Hardcore punk-inspired ‘Mule and Tusk.” The song is driving and David Langley’s bass tone sounds so fucking good. Dude finally got into pedals and I’m glad he did, it 100% adds to this band’s already diverse sound. This song also fittingly showcases something else the band does that I’m a huge fan of, each member has vocal duties. Staring with David’s signature shrieks, Guitarist Anthony Grigsby’s bluesy singing, and drummer Donte Montgomery straight up just telling it how it is. So what can transition to after this? Well me, I’m glad you asked; Killdozer.

All I can say about this song is it has groove and it has funk. Like Mastodon but better. I never thought a band would write a song about Marvin Heemayer building a bulldozer on steroids to destroy the mayors’ mansion but here we are. Extra points for creativity. So now we’re back to the fast hardcore inspired stuff.
“Apex,” this song only features Donte on vocals which I’m not complaining about. It’s fast riffy, contains an amazing solo from Anthony and can I mention, THE COWBELL. Always add cowbell. So now we’re at the midpoint of Toke One and Stormtoker decides to give us a break with “D.a.D.” One of my personal favorites. It’s slow, somber, and soothing. I love when bands place instrumentals in the middle of an album. Perfect intermission.
Ah yes, “Stalingrad” where Stormtoker decides to flex their weird doom metal chops all over everyone. Well, I say doom metal but if mastodon was involved. Again we’re treated to all three members taking a vocal spotlight. The verse is super heavy and crunchy, while the chorus carries us onto the next riff. There’s also a really sweet drum fill that just makes this song for me.

Ah yes, “Caverns” where Stormtoker decides to flex their weird doom metal cho… Wait I already said that. But that doesn’t stop it from being true. The first 50 seconds of this song is straight feedback, if that’s not doom I don’t know what is. The first section of the song is slow and choppy. Which works well with David slowly screaming over it. Giving the song a haunting feeling. We’re treated to some more groove before returning the doom and gloom and during this, I think this is the first time I’ve ever heard David sing clean and honestly, good shit man I love it. The song ends with a solo and returns to the gloom and doom. That concludes the Toke One portion of our presentation. Please get more snacks and Visine and we’ll return shortly.

So, I’m not going to sugar coat this part. The intro track “Snakes of Eden” might throw some people off. It’s a seven-minute doom metal song. The guitar work is slow and solid with Donte and David trading off vocal work during the verse and all three joining to sing on the rather short chorus section. Can I just say I enjoy Donte’s vocal style in this song? It sounds like he’s arguing with someone and he’s trying really hard to get his point across. The midpoint of Snakes of Eden is very instrument based expanding on the chorus and treating us to a pretty sexy bass line with David tapping away on that nonsense. Snakes then return to form with the song ending exactly how it began 50% doom and 50% gloom.

Maybe “Snakes of Eden” wasn’t quite your jam and you needed something a little faster and more upbeat. Enter track two “Splicers.” Which if the name didn’t give it away for you is based on the Bioshock series. As someone with several Bioshock tattoos, I can appreciate that. We’re again treated to the more punk/thrash aspects of Stormtoker. David taking the lead on vocals, fast riffs and GANG VOCALS, I love that shit. Some groove and bass in the middle to slow it down some, then we hit back with a repeat of the verse and chorus. This is honestly my personal favorite from this EP.

“The Last Messiah,” track three and the lead single from Toke Two. Also, we’re almost done guys and gals. We’re getting there. So, again this song may throw some for a loop considering it clocks in at eight minutes exactly. But it’s all the way worth it. Stormtoker channels all their inner Mastadon and Gojira for this song. Slow to start, with Antony providing vocals this time, leading into a heavy section with David going all kinds of Chuck Schuldiner on this motherfucker. This repeats but in the best way possible. The slow parts are ambient and atmospheric leading perfectly into the heavy sections. Nothing is undermined and all members have their time to shine respectively.

“Ikigai” track three and another soft one. Which is something I like. These guys throw a lot of experimenting in with their songwriting. Friendly reminder that it doesn’t have to be 100% heavy 100% of the time. This song is super laid back, it has an overall bluesy southern metal feel to it especially when the solo hits. That shit has soul. Anthony and Donte do the trading off for this one, which again there’s no screaming. If there was it’d honestly ruin the feel of the song. Other bands, please take note of that.

“Ghost of Meadow” Track five and the closing song for Toke Two. It’s with this one I noticed a pattern for Toke Two. Stormtoker alternates between short and long songs with one clocking in at 9 pissing minutes. Which doesn’t bother me, but some of you are weak-willed and can’t handle anything over 4 minutes. Well take that sex pill and settle in because you’re in for the ride here too. Ghost of Meadow takes everything from the prior songs and throws it all into one, fitting ending. Ambient opening, fast punk riffs, soulful solos, thick bass grooves and drumming all combined with Davids slow methodical screaming as well as the slowed-down doom section towards the end. It’s a proper ending and well worth the nine-minute run time.

So here we are, at the ending. These reviews were genuinely difficult to do. Stormtoker packs so much into their music and it’s incredible. You have moments of doom and gloom, ambiance, blues, funk, thrash, punk it’s ridiculous in the best possible way. All I can tell you is please go listen to this band. Give the nine-minute songs a chance. If you’re a fan of shit that breaks the norm and doesn’t follow any sort of formula, I can recommend Stormtoker any day of the week. 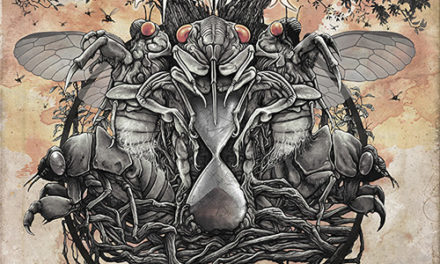 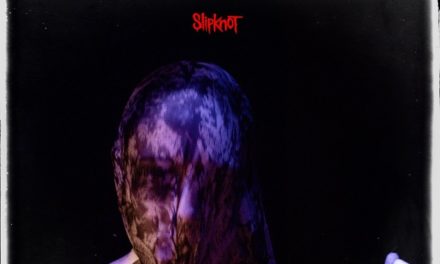 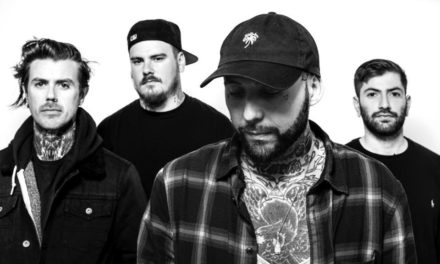 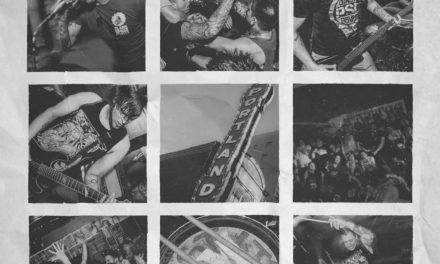 American Me released a video for “Anti Life Equation”