The Haxans @ Amplified Live in Dallas 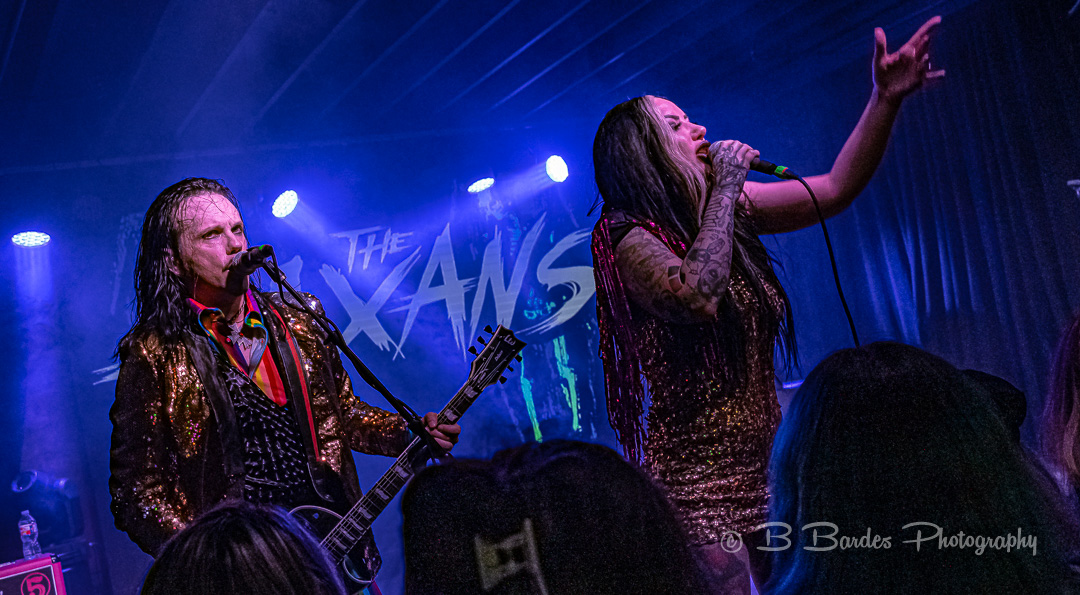 The Haxans bring the Party Monsters to Dallas

Several years ago Matt Montgomery aka Piggy D paired up with Ash Costello for a collaboration which was part dance, part hard rock and part horror story. The band called The Haxans. After a few years in limbo due to a number of circumstances, they are finally on the road entertaining live audiences. 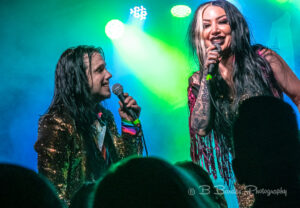 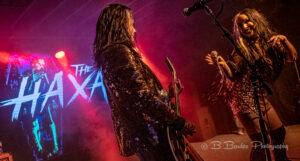 This one particular evening the Haxans brought their show to Amplified Live in Dallas, Texas. Coincidentally basically “across town” one of the nation’s largest horror conventions, The Texas Frightmare Convention, was also happening at the same time. Prior to the show Matt and Ash made their appearance at the convention meeting with fans and getting a taste of the convention itself. 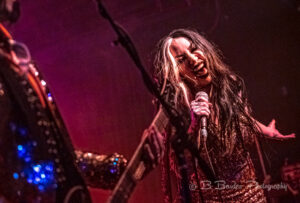 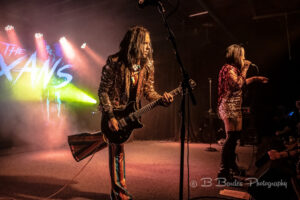 Now onto the show…. I arrived a little later than I had hoped and missed out on SpankTheNun,but I did make sure to check them out online. Fans of KMFDM would like them- dark trance dance music. Good for goth parties and anything where people wear black.

Support for the evening was ManifestiV, a band I was introduced to a few weeks early by a friend of mine. This is a band I can see garnering a great following. They’re a little bit industrial, goth, heavy groove all mixed with a large batch of originality compiled into a four piece band. Vocalist and guitarist Paragraph Taylor along with his wife EvE, bassist Kevin Porter, and drummer Ryan A. blew me away. Their rhythmic distorted sounds paired with vibraphone along with their stage costumes is something to be experienced. EvE took to the stage with a pair of oversized bat wings harking visions of Batman meets Ramstein all while donning a very visually interesting headgear which seemed part antlers along with her dreadlocks. Paragraph started the set talking to the crowd setting the stage for what was to come, an epic show. 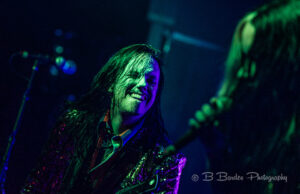 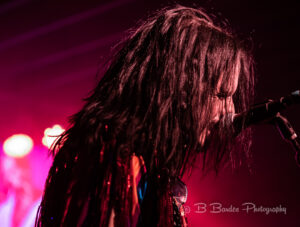 About halfway through he donned his somewhat steampunk styled mask complete with rope-like dreads on the back which he whipped around while jumping up and down on the stage. And of course on the other stage was Kevin on bass keeping the low end going while wearing a plague mask. The only one who didn’t don any sort of headwear was Ryan A on drums. but he still put on a hell of a stage show. I can’t say enough about this band. They had a presence along with a look which was different and unique but relatable. HIGHLY RECOMMEND CHECKING THEM OUT.

Ash and Matt took the stage and kicked their party monster energy into high gear with “Lights Out”, also the opening  track from their debut album “Party Monsters”. Mixing their debut album with a few extra songs from their soon to be released album. A myriad of rock and dance styled tunes with a supernatural or horror theme made the audience move on the dance floor such as “Black Cat Bone”, “Witch Wave” and even their cover of the David Bowie tune “Scary Monsters and Super Creeps” captivated the crowd. Matt even got personal and explained how he got the “Piggy” moniker from his first tour experience in Dallas many years ago. 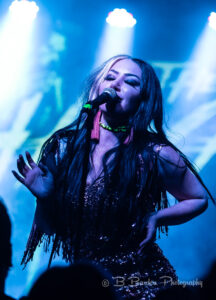 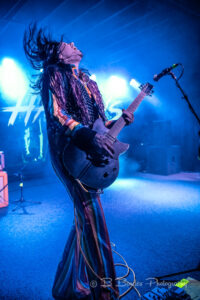 In further Texas tradition the Haxans also played a rendition of Roky Erickson’s “Don’t Shake Me Lucifer” much to the happiness of the crowd. Seeing the band playing a headlining set for this crow, much of whom had come over from the Texas Frightmare Weekend was just perfect. To end their set, which seemed to end quickly, as most good shows do, Matt and Ash crooned out the Mel Torme classic “Monsters Lead Such Interesting Lives”.

After their set the band set up for their meet and greet, which it was nice to see that MOST of the crowd partook in. Its great to get out and see bands connecting with their fans especially when they’re making new ones at their shows. The Haxans are out on tour supporting John 5 and the Creatures, but they are doing some separate headlining shows. I fully recommend heading out and supporting the band and their creative endeavors, and that’s not Dirty Magic talking. 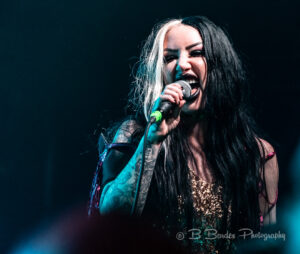 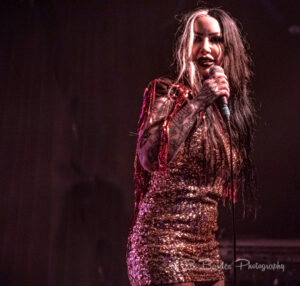 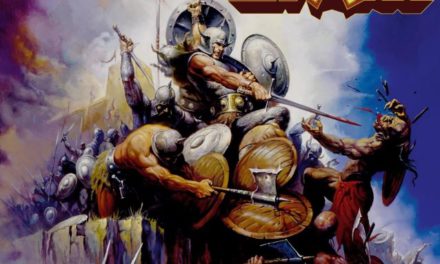 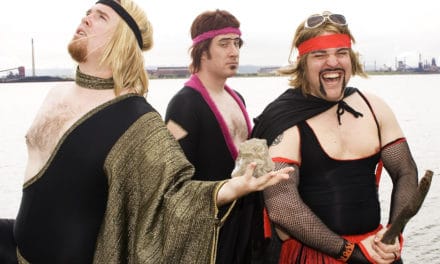 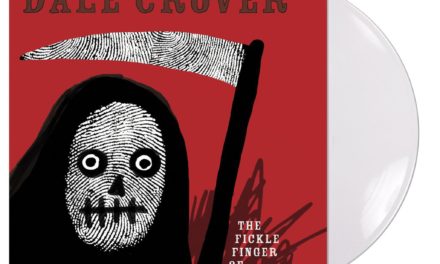 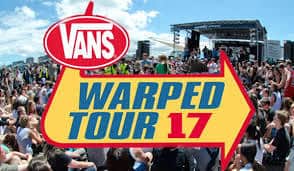