Recently Black Label Society got back to their own brand of “Doom Trooping” for a US tour. They brought along some real HEAVY hitters this time- Obituary and Prong. When you put a show together with three bands who are as heavy and riff laden as these guys are, you KNOW it’s going to be a good show.
I was lucky enough to hit the Sherman Theater in Stroudsburg, PA for their set. Arriving at the venue it was good to see fans lined up down the block to get into the show. With all of the fear of “that which will not be named” the past almost two years, it’s good to see people living life. 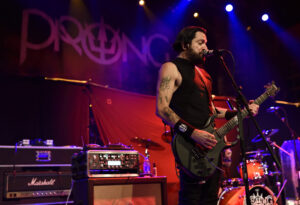 Prong hit the stage with the taped intro to “Test” blaring through the speakers. Prong has been bringing their own brand of crossover hardcore punk/groove metal for several decades and tonight was no different. Blazing through their set the trio of Tommy Victor, Aaron Rossi and Jason Christopher riled up and engaged the crowd with a great set featuring such classic tunes as “Beg To Differ”, “Broken Peace”, and”Snap Your Fingers, Snap Your Neck”. It’s hard for a band to cram 30+ years of music into a short opening set, but Tommy and company were able to do that in a way that they didn’t appear rushed or hasty. The crowd really seemed to connect with the songs as well. 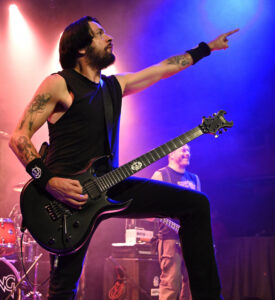 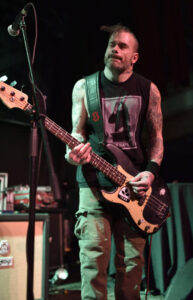 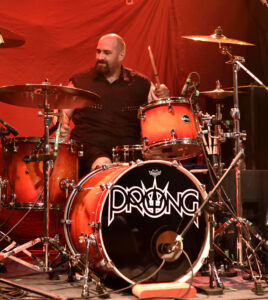 Obituary was next to hit the stage. Walking out bathed in darkness to Pat Travers “Snorting Whiskey”, the band busted into “Redneck Stomp” and then the moshpit began almost immediately. Obituary has been one of the forefathers of the death metal scene for ages. I still remember buying “The End Complete” on tape when I was in high school and thinking that this was such a brutally heavy album for the time. Tonight’s set included such classics as “I’m in Pain”, “Chopped in Half” and the ever appropriate “Slowly We Rot”. Timeless would be a good term to use for this band. Nothing in their set seemed dated and it all sounded really tight and heavy, just like it should. 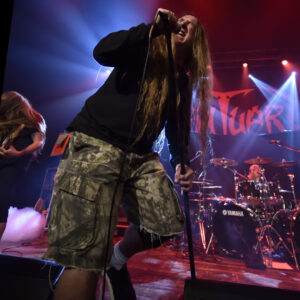 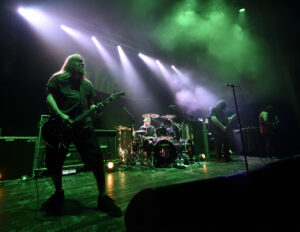 Once the stage was set with the large BLS drapery,  the audience waited eagerly for the NJ born Zakk Wylde to blow the roof off of the venue. And guess what, that’s exactly what happened. Once the drapery fell during the opening riff for “Bleed For Me” a VERY raucous crowd exploded with excitement matching the sheer intensity with which Zakk was striking the strings. 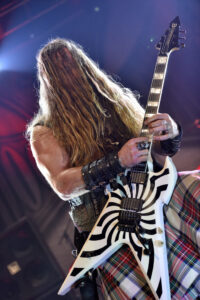 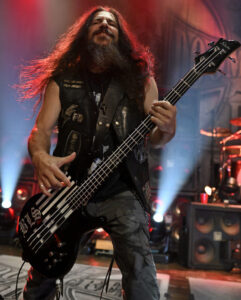 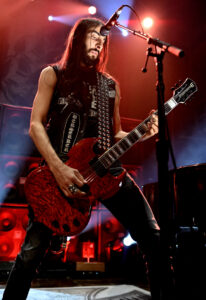 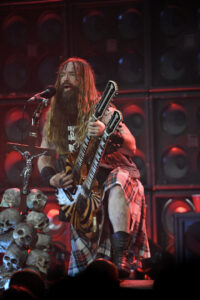 It’s been really interesting to watch Zakk grow as a musician since his announcement as Ozzy’s guitarist so many years ago. And yet he still kills it every night as a solo act. Joining Mr Wylde on the Doom Troop Squad is John DeServio (JD) on bass, a man whose stature maybe small, but his sound and attitude is that of a giant thrice his size. On drums veteran skin basher Jeff Fabb kept a strong pounding beat keeping the troops in time. Zakk’s musical “twin” for the past few years has been Dario Lorina. It’s really amazing to see these two play together. Both Zakk and Dario are masters of the guitar and the dynamic duo, if you will, played it up every chance they could. There was even an amazing note for note duet/solo between the two with their guitars planted firmly behind their heads. Dario facing Zakk while Zakk stood on the piano on stage. Both adeptly and “wyldely” picking notes in unison. Highlights of the BLS set included “Overlord, “Fire It Up”, “Suicide Messiah” and a very touching “In This River” which included the Abbott Brothers Dimebag Darrell and Vinny Paul images on stage. Ending the night’s action was an incredibly high spirited version of “Stillborn” to finalize and close this meeting of the Stroudsburg Chapter of the Black Label Society. 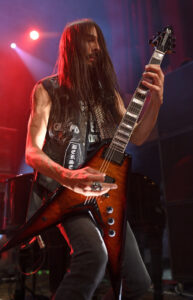 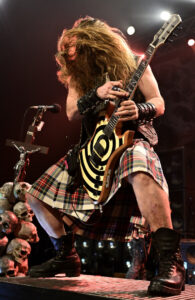 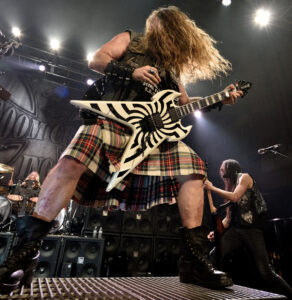 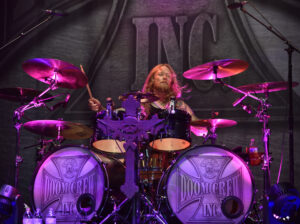 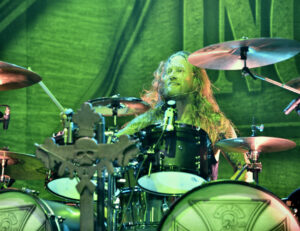 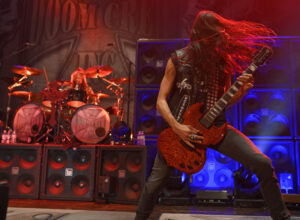 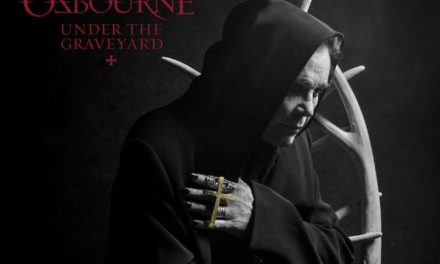 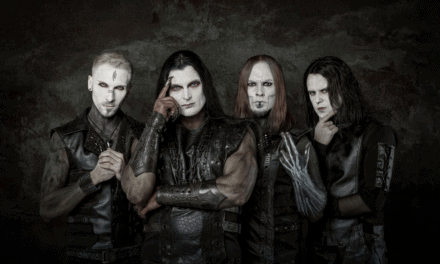