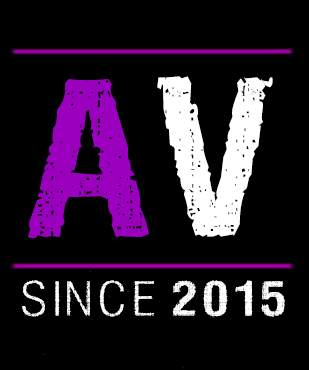 1. Times of Grace – Songs of Loss & Separation
2. Fear Factory – Aggression Continuum
3. Billie Eilish – Happier Than Ever
4. Limp Bizkit – Still Sucks
5. Aborted – Maniacult
6. Trivium – In the Court of the Dragon
7. At The Gates – The Nightmare of Being
8. Nas – Magic
9. Lady Gaga/Tony Bennett – Love for Sale
10. The Pretty Reckless – Death by Rock n Roll

51. Dream Theater – A View From the Top of the World
52. Rob Zombie – The Lunar Injection Kool Aid Eclipse Conspiracy
53. Vader – De Profundis
54. Witherfall – Curse of Autumn
55. Iron Maiden – Senjutsu
56. Eisbrecher – Liebe Macht Monster
57. Rise Against – Nowhere Generation
58. Halsey – If I Can’t Have Love, I Want Power
59. The Plot in You – Swan Song
60. We Butter the Bread with Butter – Das Album

10. Chvrches “Screen Violence” – Is that a Robert Smith appearance?  Yes! Yes it is!  The Cure frontman trades off with Lauren Mayberry in “How Not to Drown” and it’s definitely a mood.  Possibly Smith’s best appearance since 2003 when he chilled with Blink 182.  But, besides that, what about the rest of the album?  Well, it’s legit, in fact, it’s transparent on messaging.  Something Chvrches has tried to get away from, it’s definitely not “tacky pop crap” that they’ve described writing for Marshmello.  Check it out and endure all of the emotions.

9. Iron Maiden “Senjutsu”  How do you transform a band while still playing your classics?  How do you mature your sound even when you’re already legends?  That’s something Iron Maiden has been pushing for close to six years and it seems this very hard push to prog rock as opposed to “Run to the Hills” and “The Trooper” has given them new energy and sound that welcomes new fans while still paying tribute to the old guard.

8. Silk Sonic “An Evening with Silk Sonic”  The amount of hype this album drummed up for since the Grammy’s definitely led to high expectations.  Impossible expectations really.  And the best way I can say is the three singles this album dropped…are the best this album put out.  That’s not a bad thing, as two of those singles will be played 10 years from now and you’ll bop around to it.  But, six weeks after it’s release, I’ve already moved on.  However, the nostalgic sound definitely will be a hit for more people.  Might even bring back interest in James Brown, Little Richard among others for those young listeners.  But, I can’t help but feel that this album just needed one more showstopper track to really put it higher on this list.

7. Lil Nas X “Montero” – Okay, remember the controversy on this album? It was all over the pandemic news for a good week or two.  Yet, this might be one of the most hyped debut albums to ever come out.  Think about this, you’ve known Lil Nas X for two years with that one country jam and yet, he still hadn’t had an album come out before this.  And the album is eye opening to say the least, it speaks on vulnerabilities of probably the most famous gay person in the industry. Even Elton John lends his piano in a passing of the torch to the superstar.  The album isn’t perfect but it certainly lived up to the hype.

6. Adele “30” – This is an album you get when you want to remember your emotional education ala Joni Mitchell.  There isn’t a bad track on it, in fact, I’m not even sure I’ve heard a bad Adele song.  It proves herself with the ridiculous prices of her concerts. Grab a glass of wine, head to Caesars Palace and see if you can hear her from outside or even the parking lot.  The album kills it, the $800 price tag on the tickets will kill your wallet.

5. Japanese Breakfast “Jubilee” – Look, I’ve tried to get away from sad music this year.  It wasn’t doing anything for me with the drama of the world.  So knowing that Japanese Breakfast writes songs on grief normally wasn’t my cup of tea.  So hearing the joy come out of this album was a welcoming surprise and one you should turn all the way up.

4. Tyler, The Creator “Call Me If You Get Lost” –  Tyler’s most confident album to date.  It ranges from sounds of jazz, bossa nova, and reggae moods.  Everything is short with this album with only five tracks hitting over three minutes. It’s an attempt to revive the mixtape format that was well known in the 2000’s.  In fact, this feels like the self fulfilling prophecy he made in 2011.  A Grammy Award. Check.  Collab with Lil Wayne. Check. A music festival and amusement park?  Check.  2011 Tyler wasn’t laying out his dreams. He laid out his own business plan and you can feel the freedom in his voice on this album.

3. The War on Drugs “I Don’t Live Here Anymore” – Surprised? Me too!  TWOD always lived on simple words to describe their lyrics.  It was conceptually sound but also boring.  Ctrl-f a lyrics sheet and you’ll constantly find the words “dream”, “lost”, “memory” as if they were all part of a Transcendentalist poem.  However, things are a little crisper now while still holding the sound of 1987.  Sounds strange I know but, it just works for me. It’s synth enough to want to put your hair in a pompadour but, mature enough to recognize this won’t need an extra can of Aqua Net.

2. Billie Eilish “Happier Than Ever” – Okay back to regular programming.  Yes this album slaps. Yes, it’s fearless, absolutely fearless.  Eilish comes out swinging, hitting hard on tracks like “Your Power”.  She still shows she’s wanting to experience growth with career anxiety and coming-of-age sound.  She’s what you want from a maturing pop artist that still shows she can find her own ways to relate to fans.  She recognizes her own faults and welcomes them as a part of her.  And you as the listener get to experience every aspect of it.

1. Olivia Rodrigo “Sour”- Who the hell does she think she is?  Who drops a greatest hits album as their first album?  Every time I put on this album, I felt exposed by her. She calls out Gen-Z people over who loved Billy Joel first.  She speaks on driving past ex-boyfriends houses. It’s heartbreaking to hear about her heartbreak. It’s Pat Benatar for whatever the hell this generation is called.  But, it also pays tribute to Paramore and The Kills while holding an ounce to her Disney roots.  Then the album switches from heartbreak to mischief.  Teenage desire to cause trouble and even me being the elder statesman I am, I want it to happen for her.  This album should be something you give to someone trying to find themselves because they’ll likely find a lot of themself here. 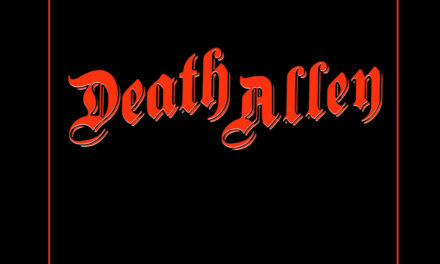 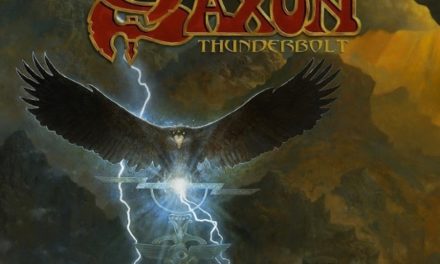 Saxon released a video for “Thunderbolt” 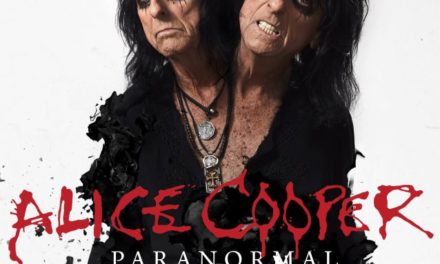